It's a labour hire merry-go-round for many Longman workers

Workers in and around Caboolture hoping to exit the casual work merry-go-round face increasing challenges as the federal government moves to entrench insecure employment in our national economy.
Insecure work through labour hire is a particular issue in Moreton Bay North, where the rate of this employment is well above the national average.
Analysis of Australian Bureau of Statistics labour force figures from August 2020 show that in the Moreton Bay North region around 6.7 per cent of workers got their jobs through labour hire, far greater than the national rate of 4.6 per cent.
In March 2021 the federal Morrison government changed the law to make it easier for employers to push people out of permanent jobs to make them casual or labour hire.
Casual workers, and the 93 per cent or so labour hire workers also on casual arrangements have no holiday leave or sick leave to look after themselves or their family if they are sick.
In labour hire a worker can be paid less for doing exactly the same job alongside a permanent worker.

An insecure job means that workers have no security to plan their financial futures or invest in their local communities. Their job could literally disappear overnight.
Unions have been focussing on this issue in Queensland regional centres where insecure work is at endemic levels, putting pressure on the finances of local families.
Insecure work in Moreton Bay North – the area that includes most of the local federal electorate of Longman – is above the national average.
Around one in four workers in this region - 23.1 per cent - have no sick leave, no holiday leave and no security to plan their financial future or more importantly pay day-to-day bills.
Skyrocketing petrol prices and slow wage growth intensifies the struggle for local workers heading south down the Bruce Highway into Brisbane each day.
Federal Parliament heard last week that in 2021 petrol prices have increased by $900 for typical families with a standard car while real wages have fallen by $700.
The federal government should be taking the opportunity presented by the recovery from the pandemic to create secure jobs and boost wages.
Instead, it passed laws earlier this year which made it easier for employers to make permanent jobs into casual jobs and deny the rights of long-term casual workers to convert to permanent roles.
That only encourages more insecure work and uncertainty for workers.
It could soon be even harder for Caboolture locals to find secure jobs if the federal government removes restrictions on opening up the international border to fully vaccinated temporary visa workers.
Instead of addressing insecure work the government wants to return to systemic exploitation of visa workers which has become a business model for entire sectors of the economy.
And under a newly proposed visa arrangement, there is no cap on the number of workers employers can bring to Australia, no limit on the industries that they can work in, and no geographic restrictions on where they could work.
There is also no labour market testing on this new visa so workers can be brought in even if there are already locals looking for this work.
It could potentially apply to a range of industries, including agriculture, construction, transport or meat processing, where young local workers should be able to find secure jobs.
The visa system which is re-starting is not about filling genuine skill or labour gaps, it is about allowing bad businesses to exploit visa workers and avoid providing reasonable, or even legal, minimum wages and conditions.
Low wage growth and laws that encourage insecure jobs will not help areas like Caboolture recover any quicker from the impacts of the COVID pandemic.
This Government needs to stop prioritising the needs of big business and start looking out for working Australians who are struggling to make ends meet. 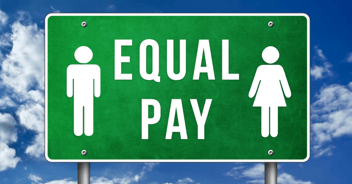 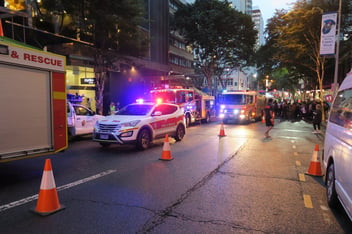 Mental health Code of Practice required in all workplaces

Queensland Unions are calling for a compulsory mental health code of practice for all Queensland... 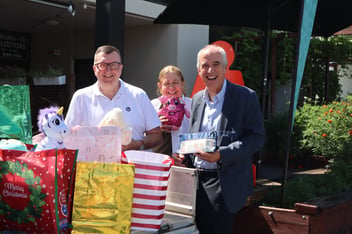