Secure jobs critical across a transitioning economy in central Queensland

The situation is already dire for central Queensland workers wanting secure jobs so they can plan their futures.

In a region approaching the crossroads of Australia’s transition toward reducing carbon emissions, unions are fighting for all workers to be foremost in considerations rather than again be thrown scraps from the corporate table.

A major QCU and ACTU employment report in coming days will show that insecure work – through casual employment or labour hire – is at crisis levels in this region.

Nearly 4 in 10 central Queensland workers (38.6 per cent) are in casual work – with no guarantee of hours, no sick leave or annual leave and no job security.

That’s the second highest level of any region in Australia, and well above well above both the Australian average of 21.9 per cent and Queensland at 23.6 per cent.

Insecure work is rife in mining and manufacturing, as well as other key industries such as aged care and meat processing.

Without secure employment, people can’t plan their lives, can’t pay their rent or mortgages and are always worrying if they’ll have enough to pay the weekly bills.

They have no leave entitlements, no sick leave, and are fearful of speaking up on health and safety issues, including bullying and harassment at work.

These outcomes are a direct result of years of federal government inaction on creeping levels of job insecurity and labour hire, with slow wage growth following along behind.

After recent court cases on casualisation supported by the federal government, there is now outright encouragement for big business to entrench these practices.

The federal government passed laws earlier in 2021 that give employers far more power to define who is and who isn’t a casual employee, even if they are working regular hours like a permanent employee.

What have local LNP politicians such as Member for Flynn Ken O’Dowd and Senator Matt Canavan done for secure jobs? They speak out to ensure mining multinationals maintain their billion-dollar profits but both this year voted to cut the rights of casual and labour hire workers for more job security.

O’Dowd unashamedly backed in labour hire during the past federal election campaign: “Labour hire has been part of the Australian workforce since the 1950s and it’s a legitimate form of employment that many workers prefer.”

That attitude toward job security for local workers does not provide much confidence in the federal government’s approach to transitioning to alternative forms of energy and exports.

Workers have fought to make jobs in mining and energy safe and secure with fair pay and conditions. The way forward must be a just transition which ensures that when workers are employed in the renewable energy sector, these rights to secure jobs also apply.

The Federal Government has a huge role to play here – using investment to create jobs and setting policy which provide certainty will be essential to ensuring secure jobs into the future for central Queenslanders, no matter what industry they work in.

Unions fought for and won laws to shut down dodgy labour hire operators, as well as tougher punishments for wage theft in Queensland. We’re fighting for stronger laws to prevent sexual harassment at work.

Safe and secure employment, and the right to a reliable job, leads to secure and safe communities. Insecure employment, conversely, creates financial uncertainty which flows on to affect small businesses and local economies.

That’s why we’re fighting for secure jobs for local workers and their communities in central Queensland. 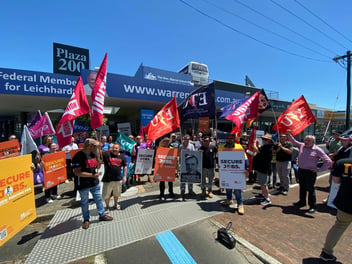 An engine room for the Cairns economy is under threat

Cairns is eagerly awaiting the return of international and interstate tourists to turbocharge its... 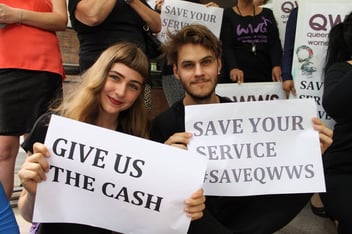 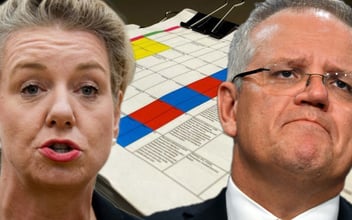 Milking of sports grants process is whey of life for Nats

What is the link between the Sports Rorts affair and the Maleny Dairies complaints about the...