#NAIDOC Unions Awards have been presented, with high quality entries and candidates for these prestigious awards.

The Dr Robert (Uncle Bob) Anderson Award is presented to an Aboriginal or Torres Strait Islander activist who has made an outstanding contribution to the union movement over the past 12 months. 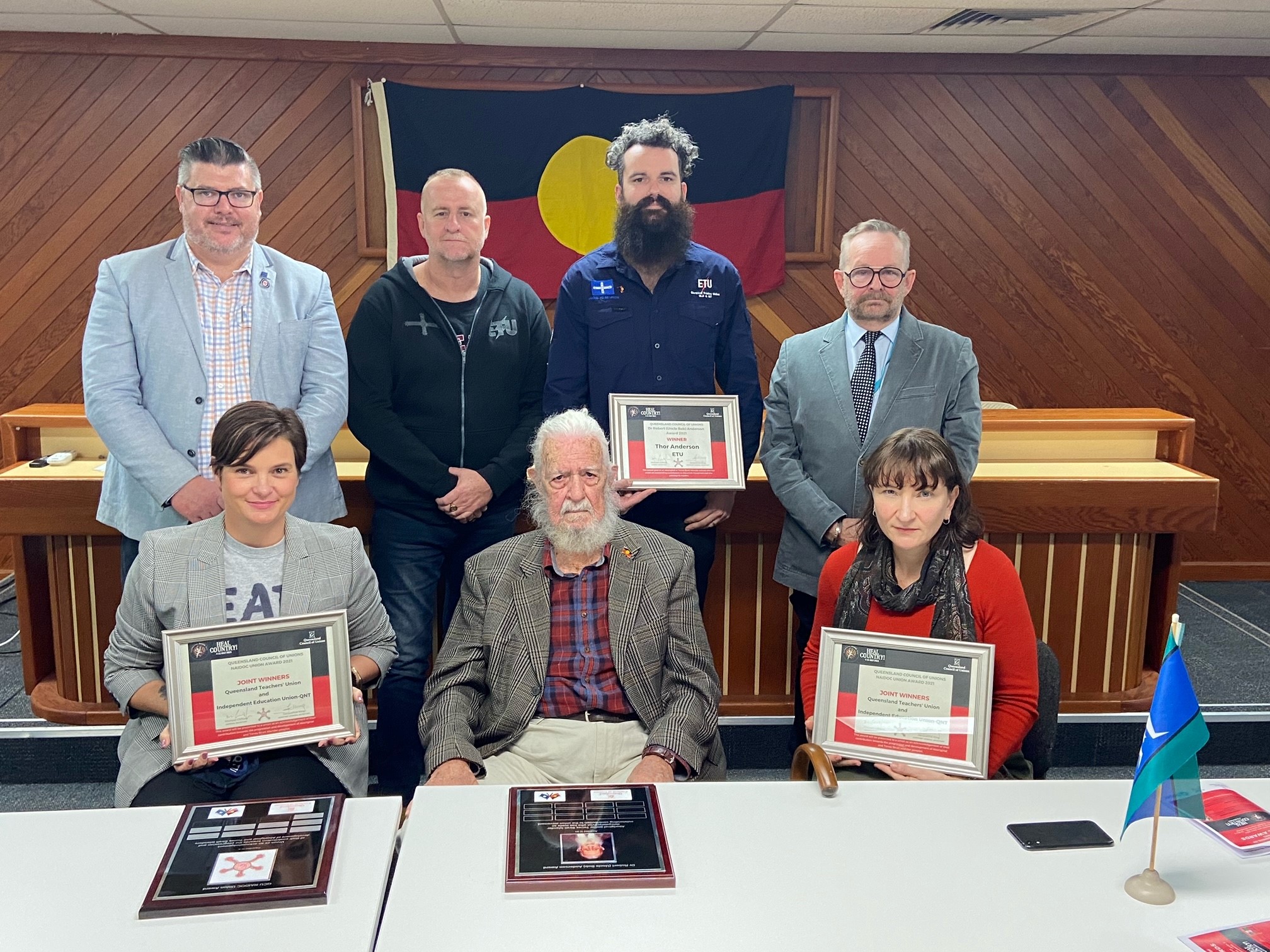 Winner of the Uncle Bob Anderson Award 2021 was Thor Anderson of the ETU Queensland & NT branch for his leadership in safety and industrial matters on site, as well as his encouragement for Aboriginal and Torres Strait Islander workers to join and participate in union activities.

Also highly commended for this Award were Courtney Foreshaw (CPSU Queensland) for her work with Yarning Circle, Yoko Nakata (Queensland Nurses and Midwives' Union ) for her leadership among Indigenous nurses in the Torres Strait and Michael O'Shane (Maritime Union of Australia - QLD Branch ) for his efforts in promoting the SeaSwift campaign to increase union membership among First Nations peoples.

The QCU NAIDOC Union Award recognises union contributions towards the progression and development of Aboriginal and Torres Strait Islander people in social justice activities, employment initiatives and workers and their communities.

Joint winners this year were the Independent Education Union - Queensland & Northern Territory Branch and the Queensland Teachers' Union for their work on a campaign to develop industrial guidelines for the employment of First Nations teachers and school officers who are engaged in cultural language and instruction.

Also highly commended was the CPSU Queensland for its Yarning Circle - a national workplace union forum created and led by and for Aboriginal and Torres Strait Islander union members working in the Tax Office.

The Services Union was also highly commended for its work in winning back pay and unpaid overtime for current and former staff at the Torres Strait Island Regional Council.

The Maritime Union of Australia - QLD Branch was also highly commended for its ongoing fight to enshrine First Nations voices in our Constitution, as well as other proactive moves. 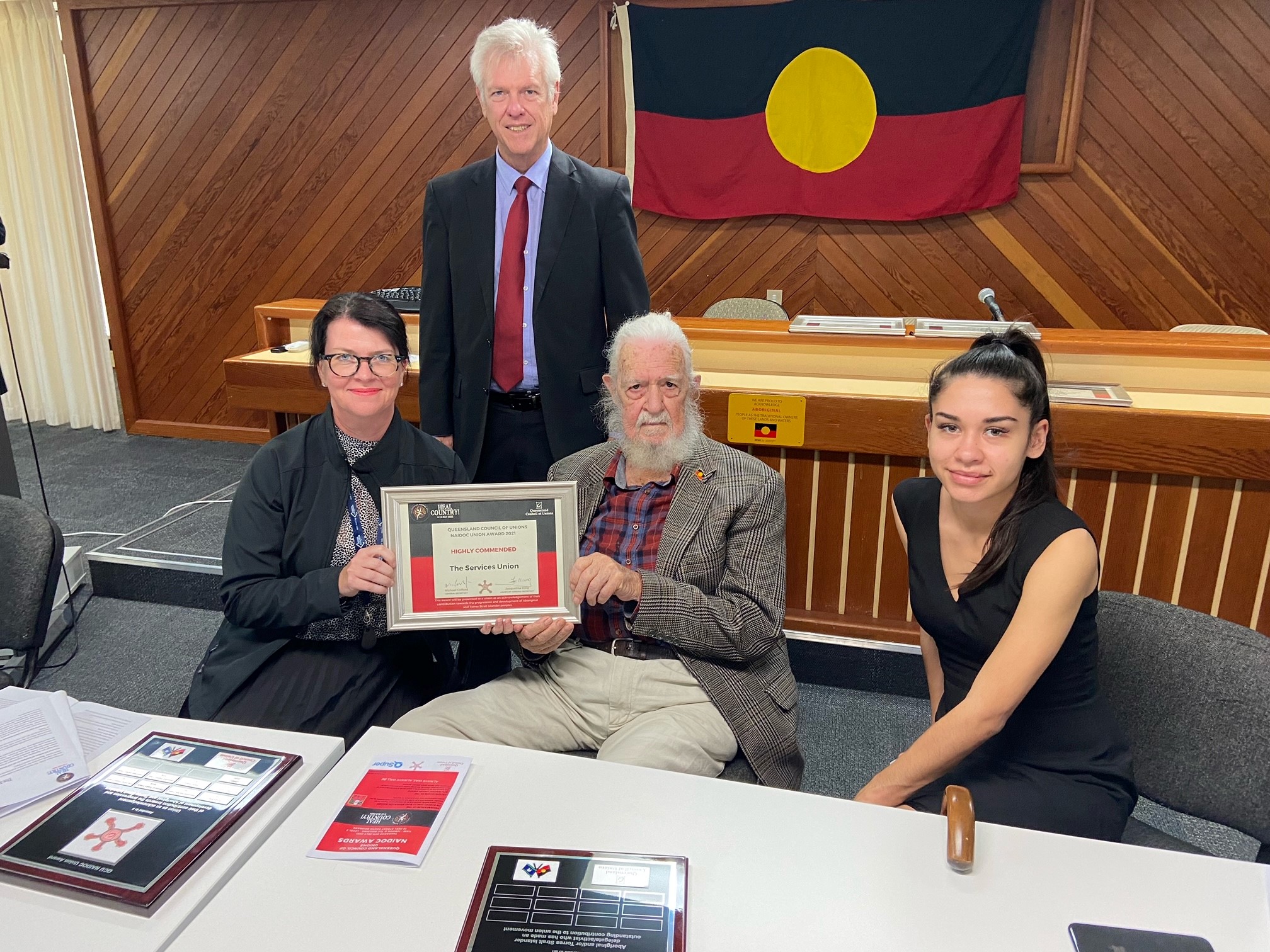 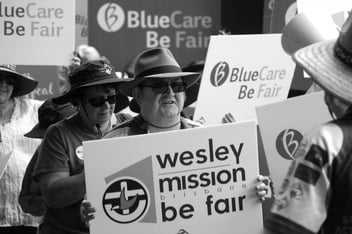 Hundreds of workers from Blue Care/Wesley Mission Brisbane – and their supporters – stage a rally... 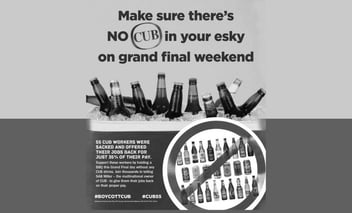 Have a CUB-free BBQ on Grand Final Weekend

55 CUB WORKERS WERE SACKED AND OFFERED THEIR JOBS BACK FOR JUST 35% OF THEIR PAY. 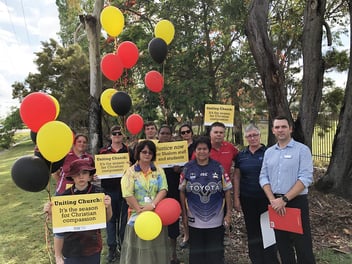 The Independent Education Union of Australia (QLD and NT Branch) has made a breakthrough in...