ACTU President Michele O’Neil will once again call on the Morrison Government to fully implement all 55 recommendations of the Respect@Work report at the National Forum on Workplace Sexual Harassment today, an event at which Attorney General Michaela Cash is also speaking.

The Respect@Work report commissioned by and delivered to the Morrison Government was comprehensive and delivered 55 practical recommendations for reform. Of the 12 legislative changes recommended only six have become law.

If the Morrison Government is serious about addressing the systemic issue of sexual harassment in workplaces, they must immediately implement all the recommendations, including:

Today Ms O’Neil will also say that if the Government really wants to act on sexual harassment they must also address gender inequality in society. Australia’s gender pay gap has grown over the last year to 14.2 per cent and over 30 per cent if actual working hours are factored in.

Women are disproportionately represented in insecure work, including industries such as retail and health which women are more likely to experience gendered violence or sexual harassment. 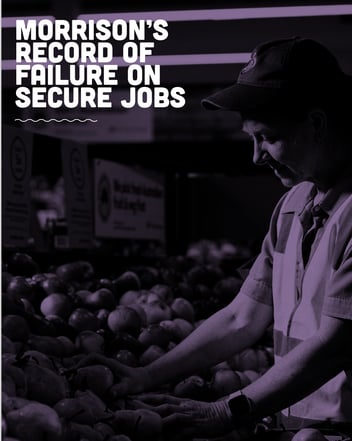 Casual workers in Australia are earning on average $350 less each week than their permanent full...