Cost of living concerns will swing voters away from LNP

Workers worried about making ends meet as living costs soar have been driving a union campaign in Queensland.

Queensland Council of Unions General Secretary Michael Clifford said workers’ wages have been stagnating and falling well behind an accelerating cost of living under a federal Coalition government that has been missing in action for almost a decade on wage growth.

“People are struggling to keep up with those costs that are going up astronomically – rent, food, petrol – all of those household costs that people can’t avoid,” he said.

“The Morrison government just hasn’t done enough to ensure working people get a share of the wealth of this country,” he said.

“Labor is the party that has shown support for higher wage growth and has committed to constructive action around making sure workers can make ends meet,” he said.

“Under the Coalition, the wages share of Australia’s gross domestic product – what workers get paid for the things we produce – is at record lows, but the share of GDP that goes to profits for business is at record highs.

“The Morrison government and the Coalition governments before it have been pathetic in efforts to address this imbalance.

“In fact they’ve deliberately acted to make it hard for working people to get a fair share through making it easier for businesses to turn secure well-paid jobs into casual positions.”

“The message has been consistent,” said Mr Clifford. “For higher wage growth and more secure jobs for a better future, then workers should put the LNP last.”

Aged care workers had been particularly active in the QCU’s regional campaign, he said.

“We’ve had great turnouts in Cairns of these workers who just want decent wages so they can make ends meet, particularly after they and other essential workers had worked tirelessly to get us through the pandemic,” he said.

“For the Morrison government to now turn their back on their financial concerns and refuse to support a decent wage rise is a real kick in the teeth,” he said.

What is the Workers’ Compensation Information & Advisory Service? 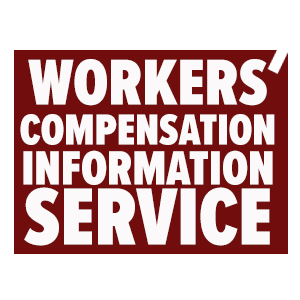 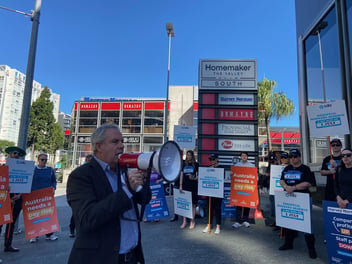