Deliberate wage theft will now be a criminal offence in Queensland after laws passed through State Parliament today.

The amendments to the state’s Criminal Code criminalised wage theft and also streamlined the system for workers to reclaim underpayments.

She said the state LNP had no credibility on stronger wage theft laws as it had previously voted against an inquiry into wage theft and submitted a statement of reservation about the proposed laws in a committee report.

“Now they expect Queenslanders to believe that they are on the side of workers. We believe the LNP plans to repeal these laws if they ever get the chance.

“They might also hope that the federal Coalition comes in over the top and lodges a court appeal against these stronger wage theft laws,” she said.

“However the LNP spins it, Queensland workers will not believe this latest Frecklington flip-flop.

“Almost one in five Queensland workers has experienced wage theft. The problem of wage theft has grown to a staggering amount, in Queensland alone estimated at around $1.3 billion annually in wages and another $1.1 billion in superannuation,” said Ms King.

“Under the federal Coalition we’ve seen an explosion in the number of high-profile operations that seem to have incorporated employee underpayment into their business plans.

“The stories are no longer about dodgy small business operators ripping off workers. We’re now seeing big corporate Australia getting caught out, with the likes of Woolworths, Qantas and even the ABC failing to apply diligence to wage compliance,” she said.

“Queensland unions heard hundreds of wage theft experiences from workers when we were developing our submissions for these laws and we hope these workers can achieve some justice.

“Unions have successfully called for the introduction of labour hire licensing, making industrial manslaughter punishable by jail, and now it’s great to see that deliberate wage theft will be criminalised,” she said. 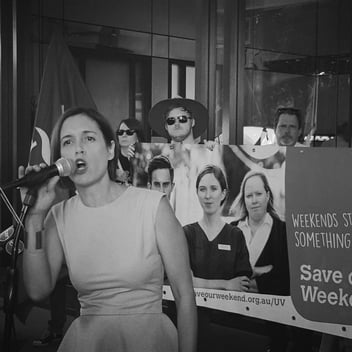 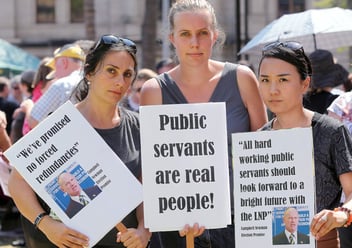 IR Act now into law to balance fairness in workplaces

This month marks the beginning of new laws in Queensland that deliver a fairer deal for hundreds of...

Will they vote ‘yes’?

Queensland Unions are concerned that some Queensland Parliamentarians still refuse to say how...