Queenslanders gathered again in 2022 on Workers Memorial Day - 28 April each year - to remember those killed at work and support their families and workmates.

In the past 12 months to February 2022, 25 Queensland workers have died on the job, while hundreds of others have suffered life-changing serious injury or illness. Eight bystanders have also died.

“The Morrison Government is failing to even acknowledge, let alone tackle, the issue of insecure work and it is leading to higher injuries and deaths amongst casual and gig economy workers.

“Every worker has the right to a safe, healthy workplace. This means, a workplace free of both physical and psychological hazards,” he said.

“Every time I hear about other accidents in the news, I immediately remember how it felt to be woken up with a phone call from my sister telling me that our Dad had died at work. No words can explain that feeling and it breaks my heart to think of anyone else who has experienced that.

“He gave so much to all of us. Now his five grandkids will grow up without his love and support,” she said.

The Memorial comes in the wake of a major report showing Scott Morrison and the LNP have gone missing in action on workplace health and safety.

One worker every two days is killed on the job in Australia, according to the Missing in Action report released this week by the ACTU.

The Morrison Government received the Review of Australia’s Work Health and Safety laws in 2018 and three years later none of the recommended reforms have been implemented.

The report also finds that insecure work – another workplace issue made worse by this Government – is a major factor in the occurrence of workplace injuries with casual workers facing the highest frequency of work-related injuries for those aged under 55.

Workers whose jobs are insecure are less likely to feel like they can raise health and safety issues for fear of negative repercussions.

Workers in regional Queensland will lose almost $150 million a year in disposable income a year due... 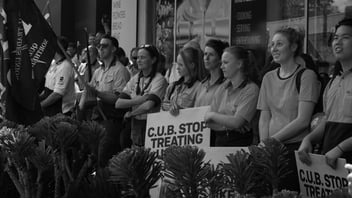 Concerns over a concerted corporate strategy to erode workers’ wages and conditions sparked ...