Scott Morrison’s shameless attack on Australia’s superannuation system is an attack on the retirement savings of working people, and an attempt to shift blame for the housing affordability crisis.

In a policy that would hit young workers and women the hardest, this plan - rejected by Governments in the past - would in fact drive up house prices, and leave many workers poorer in retirement.

“This is not a housing policy – this is a desperate, last-minute act from a Prime Minister trying to cling to power," said Ms O'Neil.

“The Coalition has had almost a decade to do something about housing affordability and has done nothing.

“It is in the DNA of the Liberal National Party to attack the superannuation system – a system designed to deliver a decent retirement to working people.

“This policy has rightly been rejected by Governments on a number of occasions because it would only serve to drive up house prices and rip tens of thousands of dollars out of the retirement savings of working people," she said.

“After forcing workers to raid their super to fund their own pandemic recovery this Government is now telling them to cut even deeper into their retirement savings to pump up the value of the housing market.

“We know that women already face retirement with half the savings that men have – this policy would be devastating for women, and is certainly no answer to the housing crisis.”

Labour Hire Licensing – How Will Your MP Vote 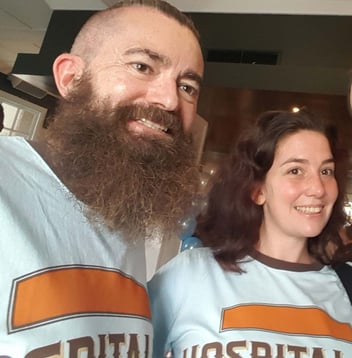 December 5 was a time to give the Hospo workers a night off and let them enjoy a drink for the...

A rally by Queensland unions was held at midday outside the Queensland Children’s Hospital in South...