The Queensland Council of Unions has blasted the wage freeze call, outlined in a submission from MGA Independent Retailers (MGA TMA) to this year’s minimum wage review.

The national employer industry association represents independent grocery, liquor, and other retail outlets such as IGA, Mitre 10 and Cellarbrations, well-known fixtures in most regional Queensland centres.

The MGA TMA called for a wage freeze for minimum wage workers, saying many of the 120,000 workers in its members’ stores should effectively take a real wage cut as inflation is predicted to reach 3 per cent in the coming year.

The Restaurant and Catering Association of Australia has also called for a wage freeze for low-paid hospitality workers across the nation.

For workers on the current minimum wage of $20.33 per hour, a wage freeze means they would go backwards $1205 over the year. That cut would be more for workers on higher award rates of pay.

Australian Bureau of Statistics figures also released today back up the grim outlook for an increasing cost of living. They show almost 60 per cent of retailers expect their prices to rise this year, making it even harder for low-paid workers to pay their bills and keep food on the table.

“Many of these independent retailers are based in Queensland’s regional areas, and they have an extremely short-sighted view of who actually buys their groceries and goods,” he said.

“It’s the local workers who spend their pay packet in their stores to put food on the table and build a life,” he said.

Mr Clifford called on federal MPs in Queensland regional areas to support the ACTU’s push for a 5 per cent boost to the minimum wage, which will be reviewed later this year.

“The federal Coalition can add its voice to calls for a decent increase in the minimum wage which will lift it above the federal Treasury’s predicted inflation rate,” he said.

“The LNP MPs in seats like Leichhardt, Flynn and Longman should actually stand up for workers in their electorates and ask their Prime Minister to make a submission to ensure real wages don’t go backwards again,” he said.

“But the Morrison LNP Government has offered no solution to stagnant wages growth, the rising costs of living and insecure work.

“It voted to cut penalty rates and introduced laws to make it easier for employers to casualise permanent jobs,” Mr Clifford said.

“The federal Coalition has no long-term plan to ensure that wages rise to combat the increasing cost of living for workers and their families.

In March this year COVID meant that many Queenslanders started working from home.

Major mining companies operating in Queensland have been banned from flying in 100 per cent of... 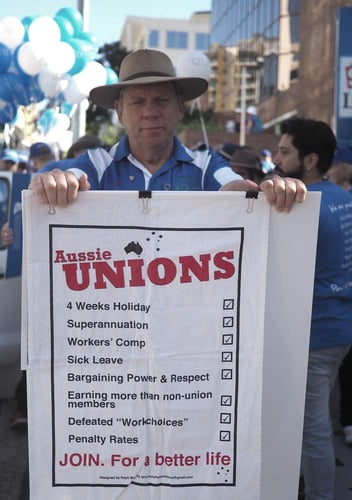