Queensland Unions have called on the new Albanese Labor government to ensure working people get a fairer share of the wealth of this country.

A Morrison government missing in action on wage growth, the rising cost of living and women’s issues was rightfully punished at today’s federal election, unions say.

Queensland Council of Unions General Secretary Michael Clifford said workers and unions have been campaigning in workplaces and communities throughout the state in an effort to put wages, secure jobs and respect for women at the centre of election debate.

The LNP’s refusal to act seriously on climate change and an integrity commission were also central factors in the Morrison government’s defeat, he said.

Unions campaigned heavily for wage growth and secure jobs in electorates across the state.

“The message was consistent,” said Mr Clifford. “For higher wage growth and more secure jobs for a better future, then workers should put the LNP last.”

Workers’ wages have been stagnating and falling well behind an accelerating cost of living under a federal Coalition government that has been missing in action for almost a decade on wage growth.

“People are struggling to keep up with those costs that are going up astronomically – rent, food, petrol – all of those household costs that people can’t avoid,” he said.

“Labor is the party that has shown support for higher wage growth and has committed to constructive action around making sure workers can make ends meet,” he said.

“Under the Morrison government, the wages share of Australia’s gross domestic product – what workers get paid for the things we produce – was at record lows, but the share of GDP that goes to profits for business was at record highs.

“Unions will be holding the new Albanese government to account to ensure it delivers on its promises to support wage growth and job security for Australian workers.” 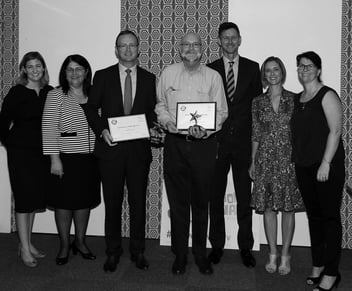 Queensland unions congratulate and highlight a major Queensland company’s efforts in a national...