Casual workers in Australia are earning on average $350 less each week than their permanent full time or part time counterparts, according to a report released by unions today.

The ACTU report: ‘Missing in Action on Secure Jobs’ also reveals that an estimated 4.15 million Australian workers are currently in insecure work – including casual work, labour hire, gig economy workers, and those on rolling fixed-term contracts. This is about half a million more than when the Coalition came to power in late 2013.

The report shows that despite being presented with reasonable solutions to tackle the proliferation of insecure work in Australia, the Morrison Government has made it easier for employers to keep using insecure work arrangements.

The report also contains new polling data which shows that 3 out of 4 insecure workers feel that the cost of living has worsened in the past 12 months, and are deeply dissatisfied with the Morrison Government’s response to it:

The union movement calls upon the Morrison Government to commit to acting on the recommendations made in the report, to counter the scourge of insecure work, including:

“This report makes clear what millions of Australian workers already know – insecure workers are being ripped off, and the Morrison Government is doing nothing to stop it.

“Insecure work gives employers the upper hand in pay negotiations with more than four million workers. It’s a key part of the reason we have such low wage growth.

“As with too many issues that affect working Australians: Prime Minister Scott Morrison is missing in action when it comes to secure jobs. Rather than fighting to make sure workers have secure jobs that support them and their families, he has made it easier for employers to exploit workers.

“Insecure work doesn’t just strip workers of their wage and conditions. As this report shows it takes away their health, their time with family and friends and their overall well-being.” 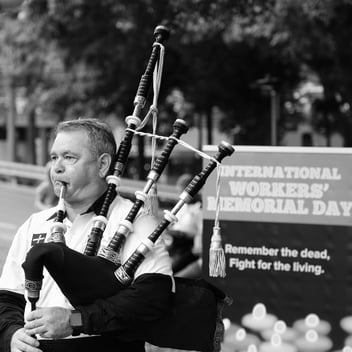