Regional Queensland workers are preparing their case against the Morrison Government’s proposed workplace law changes when the legislation comes before a Senate inquiry in Townsville on February 8.

“Workers have been the heroes of our nation’s incredible pandemic response but these laws will attack their wages and conditions,” he said.

“These new laws will allow employers to cut wages and conditions to below the minimum award safety net, allow employers to turn permanent workers into casuals and strip away sick leave and holiday pay, as well as remove blue collar workers of their right to have a say on working conditions on big projects, creating a new class of worker with fewer rights than other workers.

The QCU, the peak union council representing more than 350,000 workers throughout the state, has lodged a public submission calling for the laws to be totally scrapped.

The QCU submission argues that the proposed laws will allow employers to take advantage of labour market conditions created by the pandemic.
It says the Morrison Government’s proposals will actually increase income inequality and insecure employment.

“These changes are dangerous and extreme, and if the proposed laws pass through parliament, they will reduce job security for workers and seriously tip the balance in favour of big businesses,” Mr Clifford said.

“At a time when Australia desperately needs wages to grow, the Morrison Government is trying to pass laws that will slash wages,” he said.

The QCU, as well as a number of other unions, will be appearing before the Senate Inquiry, as well as seeking one-on-one meetings with Senators. Monday’s hearing will be one of only three hearing days held across the nation on these contentious laws.

“The cross-bench Senators in Queensland – Senator Roberts and Senator Hanson – will be pivotal on whether these laws become reality and make things even harder for workers in regional areas,” said Mr Clifford.

“Through our campaign Senators are already hearing from cleaners, nurses, aged care workers, retail workers, tradies, FIFO workers – all those in essential services at the forefront of our community response to the pandemic.

“Working people, essential workers, have already sacrificed so much during this pandemic, these proposed laws will punish them.

“The economy, local businesses will not be able to recover if workers have their pay cut. Townsville families need the confidence to spend. You can’t heal the economy by hurting working people.” 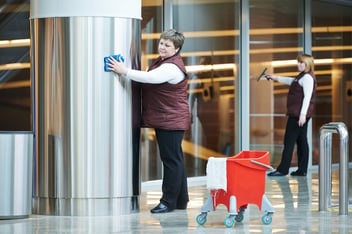 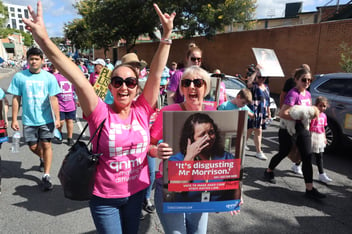 Queensland Unions have called on the new Albanese Labor government to ensure working people get a...